26 years old and the only bread earner of a household of eight, Mukhtiyar is a security guard in a private bank. He had high hopes for a better future when he initially got the job 4 years ago, and being the eldest he was relieved that his father would not have to share the burden of running the house alone. With 5 younger siblings, his father already had too many mouths to feed. Only three of his siblings are enrolled in school, the two younger ones stay at home with their mother. 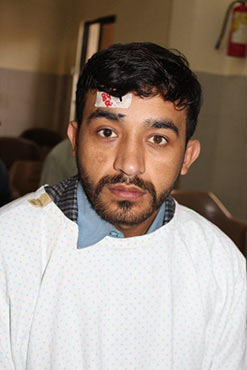 Mukhtiyar still remembers the day he got his first paycheck, the look of pride on his father’s face and the tears of happiness rolling down his mother’s eyes. He shouldered the burden of his siblings’ education from that day on. Mukhtiyar did not know then that soon he would have no choice but to be responsible for the roof over their heads and food on the table. The signs were always there but due to lack of awareness and inability to afford good medical care his father’s rapidly deteriorating health was blamed on over work and stress. It was only when Mukhtiyar took a loan and got his father examined at a good hospital that he was diagnosed with stage 3 lung cancer. His father a strong self-made man broke down in front of Mukhtiyar upon hearing the news, he refused any treatment and locked himself in the house. The family’s grief was palpable, the man who had spent his life caring for his family now had his days numbered. Mukhtiyar’s life came to a standstill, he goes to work at 6 am and returns at 8 pm, after that he is his father’s constant companion. He barely sleeps at night, having to help his father with washroom runs and trying to make life as comfortable as he can for him. Previously a social person, he became a recluse and cut off ties with all his friends and acquaintances. 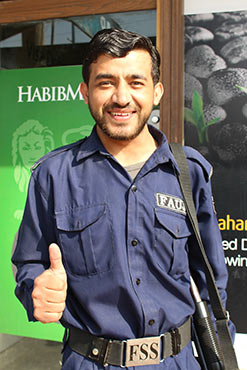 He was so busy caring for his father that he scarcely noticed when his own affliction struck. Initially his vision would get blurred at times but as the months passed he was unable to see at all from his right eye and had limited vision in his left one. His mother finally convinced him to go to a local clinic and get it checked where he was diagnosed with cataract in both eyes and advised immediate surgery. Mukhtiyar felt his life come crashing down around him, he did not know how he would get the money for treatment and without surgery he would surely go blind. His family would have no source of income, no roof over their heads and another family member dependent on them for his every need. His mother was shattered, she prayed with all her heart for their troubles to go away and perhaps it was in answer to her heartfelt plea that a colleague at work told Mukhtiyar about LRBT Korangi Hospital and its free eye care services for the poor.

Mukhtiyar had a successful surgery and is back at work now, he feels like he has truly been given a second shot at life. “My father has decided to opt for treatment and finally my family sees a ray of hope after seeing me overcome my ordeal. I do not have words to describe how LRBT not only gave me my sight back but something much more valuable…. Hope for the future.” 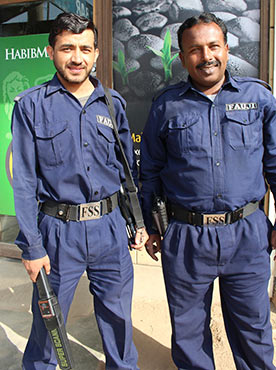