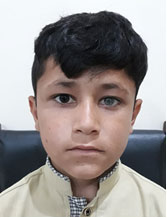 LRBT’s 42nd million patient Ali from Multan is one of the 3 million children for whom LRBT is the only hope to see. Two years ago, only 6 at the time Ali lost his eye sight while playing cricket in his neighborhood. Local doctors and home remedies worsened the case and eventually he lost his eyesight. He had to quit school as his other eye also started getting affected due to exertion. His father, Syed Ghulam a daily wage earner, was devastated to see his son turning blind but was helpless as he could not afford corneal transplant advised by various ophthalmologists.

The only boy and youngest of five siblings, Ali was the apple of his parent’s eye and loved by everyone for his bubbly personality, ready smile and cheerful disposition. After this incident Ali underwent a drastic change, he stopped going outside to play and refused to even meet his friends. Despite their best attempts, his sisters could not cajole him to participate in any activity. He was usually found sitting alone in a corner somewhere, lost in thought. He repeatedly asked his mother that would he remain blind for the rest of his life; his mother struggled to control her tears while she consoled her son, secretly hoping for a miracle. It broke their hearts that they could not provide a better life for their son. 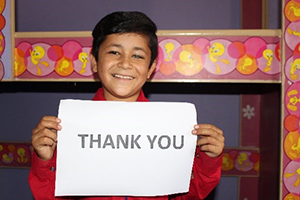 LRBT emerged as a beacon of hope when Ali’s uncle told them about LRBT free eye hospital and brought Ali to Karachi. His eye condition was alarming and LRBT doctors were doubtful of the surgery’s absolute success, but Ali’s long years ahead of him compelled them to take the risk. Ali’s Keratoplasty was performed successfully and today he is able to see. 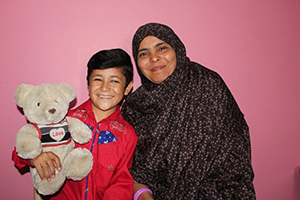 Syed Ghulam took a couple of days off from work to come see his son and accompanied him to his follow-up visit to the hospital, he was overcome with emotion when the doctors assured him that Ali’s eye was healing nicely and he should be able to travel to his hometown soon. He thanked the doctors and said, “It is through Allah’s mercy and the help of generous donors that we have institutions like LRBT who provide free quality eye care to people like us who do not have the means to afford treatment. Thank you for giving us the joy of seeing our son cured with a future full of possibilities.”