46 Millionth Patient of LRBT – Imran gets a second chance

46 Millionth Patient of LRBT – Imran gets a second chance 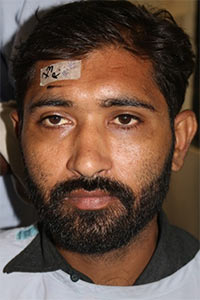 Father of 2, Imran Khan sells children’s clothes from a small stall in his hometown Sukkur. The past couple of months have been particularly hard on him. Due to the pandemic lockdown the market was allowed to operate only twice a week and he was unable to put up his stall the rest of the days. Business was slow even on those two days as people were avoiding crowded places. There were days when his family survived on only one meal a day and they almost lost the roof over their heads. Some kind relatives helped pay the rent so that they would not be out on the street. 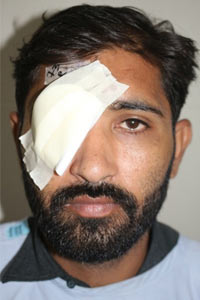 His already surmounting problems were compounded when he when he had an accident while going to work. He did not see a pothole and fell down and injured his head and hurt his eye, he was immediately rushed to the hospital and given stitches. Imran thought he was getting better but after a couple of days he started having blurry vision in his right eye. He ignored it at first thinking it could be due to an allergy but as time passed he had difficulty doing his work. He did not have any savings and knew that even if treatment was possible he would never be able to afford it – dejected he continued working as best as he could.

Prior to the accident he used to travel long distances to purchase the clothes for his stall but due to his diminished sight he was unable to go for months on end. He was devastated to pull his children out from school. All his dreams for them, that they complete their education and have a better future than him were shattered when he was struggling to even put food on the table. His son started accompanying him to help out at the stall. It broke Imran’s heart to see him sitting out in the sun working all day while kids his age went to school and played with their friends. He felt the accident had robbed him not only of his sight but his son’s childhood too. 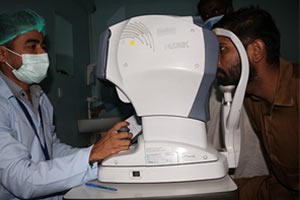 It was during a discussion with a customer that Imran got to know about LRBT Hospital. His relatives once again came to his rescue by loaning him the bus fare and after a seven hour journey he finally reached Karachi. Imran had heard that treatment was free for those who cannot afford it but he experienced it himself when he had a cataract surgery free of cost. He was ecstatic to be able to see clearly again and knows that he got a gift more precious than sight – his independence and future back. 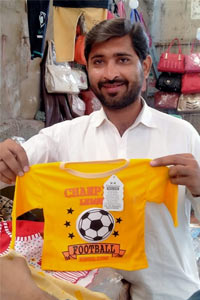 With his sight restored Imran is once again back on his feet and his children are again going to school. He came as a changed man for his follow-up visit to the hospital. Gone was the bowed man with a defeated look about him, he is once again standing tall. Looking visibly happy he said, “I am living my life to the fullest, grateful for all the things I took for granted. The pandemic wreaked havoc on my livelihood but losing my sight broke my back. I could not see my children going to sleep hungry, their looks of yearning when they saw their friends go to school made me want to end my life. I knew I was spiraling into depression but saw no way out of my circumstances. LRBT truly gave me a second chance at life and for that I will be forever grateful.”